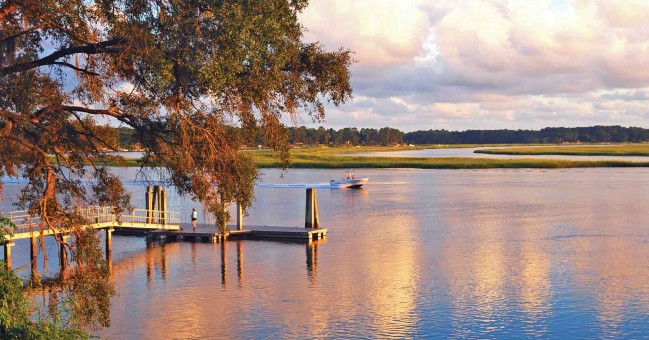 James Island is a sea island with easy access to downtown via the appropriately named James Island connector and is the nearest community to Downtown Charleston. As a result, it’s only natural that many commuters who work in Downtown Charleston and faculty and students from College of Charleston and MUSC choose to live in this popular community with the added benefit of the very close proximity to Folly Beach that many residents take advantage of.

On the morning of April 12, 1861, The Civil War began on James Island when Confederate forces at Fort Johnson fired on Union-occupied Fort Sumter in Charleston Harbor.

James Island is primarily residential with many neighborhoods surrounded by grand oaks, tidal creeks and marsh. One of the most interesting neighborhoods is Riverland Terrace where homes on Wappoo Drive (pictured above) have a canopy of grand old live oaks.

Many recreational opportunities can be found including the very popular James Island County Park. This incredible 643-acre park offers playgrounds and picnic areas, biking and hiking trails, kayaking, fishing and a crabbing dock. The park is also host to the amazing Holiday Festival of Lights which begins on Thanksgiving and runs through New Year’s Day.

James Island is one of the most urban Sea Islands of South Carolina. It is bordered on the north and east by Charleston Harbor and is separated from Johns Island by the Stono River. The Island, once known for cotton plantation, was transformed into a lively urbanized Island offering scenic beauty and romantic vistas of waterways and mixed hardwood forests in 1993. The Island has created its own space for its southern hospitality, Lowcountry comfort foods and spectacular beaches.

James Island offers its residents and visitors convenient beach access, boat landings and exquisite southern cuisine. Its location makes it ideal for commuting to MUSC, CofC, and the Citadel. This island, situated approximately 10 miles west of Downtown Charleston, SC, offers diverse options for dining and nightlife needs.  Steakhouses, local pubs, Thai restaurants, Tapas restaurants, and more can be found on the Island. It has several restaurants that offer lavish, as well as, budgetary dining options. James Island is now relatively prime real estate because of its diverse culture and convenience to the beach and downtown Charleston, SC. James Island has one of the strongest housing markets in tri-county Charleston because it sees a steady demand from home buyers each year.

The history of James Island plays a significant role in the history of the US. The island was the starting point of the American Civil War. Fort Sumter’s remains can be found here along with the remnants of four other Civil War Battlefields. Following the American Civil War, James Island underwent a major period of development, transforming it into an urbanized Island. The historical importance of James Island and Charleston has laid the foundation of a number of museums.

James Island is positioned between Downtown Charleston and Folly Beach, offering the best of both worlds. Most homes on James Island are a 5 to 10 minute drive from the beach. Some neighborhoods like Ocean Neighbors and Seaside Plantation are within biking distance. The area of James Island is a quiet, friendly community full of homes and businesses.

The cost of living in James Island is slightly lower than the city of Charleston, making groceries, gas, and entertainment less expensive. An average one bedroom apartment rents for around $1,005 per month. Getting around and enjoying yourself is fairly inexpensive. Gas runs about 9% lower than the national average, and domestic beer in a local pub costs about $3.50. Any real estate market that has such a strong demand from home buyers is also going to have strong prices. The convenience and desirability of living on James Island makes it one of the pricier suburbs of Charleston to live.

The Island has almost everything in place for its residents. The Island houses grocery stores, Walmart, lots of independently owned shops and restaurants, a movie theater and some large chain restaurants like Chick-fil-A and Zaxby’s.

The Island has a lot to offer to food lovers. A walk along Folly Rd. or South Windermere puts foodies in the heart of the central restaurant district, offering southern comfort foods, Italian, French, Mexican, Creole, and American cuisines. In short, the Island has something to offer to everyone.

Parking and commuting within James Island is easier because of its location.  For traveling from one location to the other, one can take a stroll, ride their bicycle, hop on a bus or call a taxi service. The Island has CARTA public transportation system in place which makes it easy to get around the city of Charleston. Taxi cabs are not as common in James Island and Charleston as they are in other parts of Charleston, but one can always schedule a ride by calling Uber.  Highway 700 and Highway 30 connect James Island to Charleston.

James Island has a variety of specialty shops and boutiques. It has many chain stores such as Bi-Lo, Publix Super Market, Walmart, and Piggly Wiggly.

Some of the most popular parks of the Island are the James Island Recreation Center and Harborview/Fort Johnson Park. All of the community parks in James Island are kid-friendly and dog-friendly. Other nearby parks, like Charlestown Landing, cost a small fee for visitors to take a relaxing stroll through the history of Charleston. The Island’s parks host several annual events such as Arts Festivals, Charleston Internal Jazz Festival, Lowcountry Cajun Festival, Lowcountry Jazz Festival, and The Festival of Lights.

James Island is a preferred place to live by many because of the schooling. The high school on James Island was the first charter high school in South Carolina and is currently the largest in the Southeast. James Island Charter High School also ranks high for state standardized testing scores. 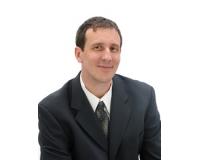